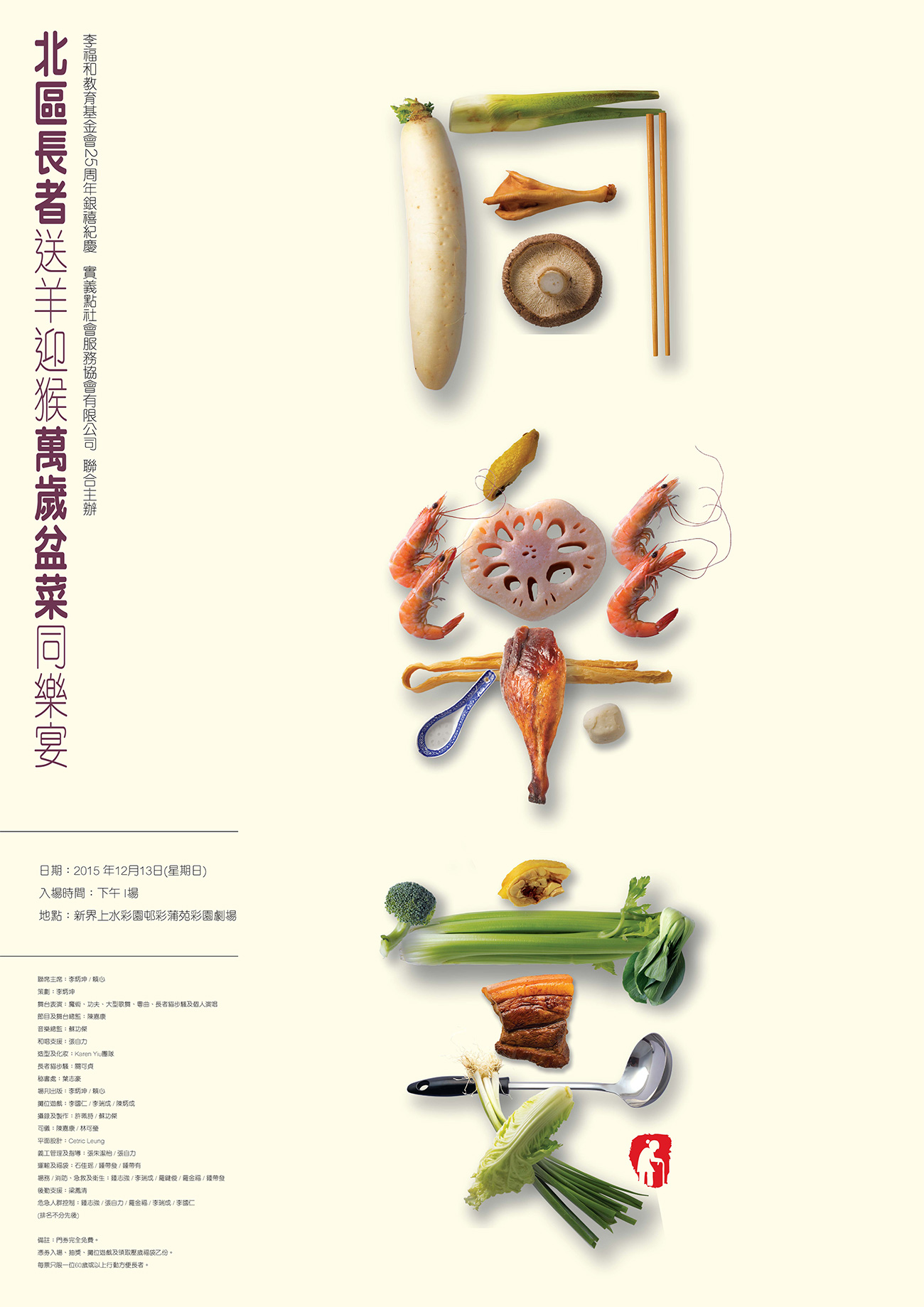 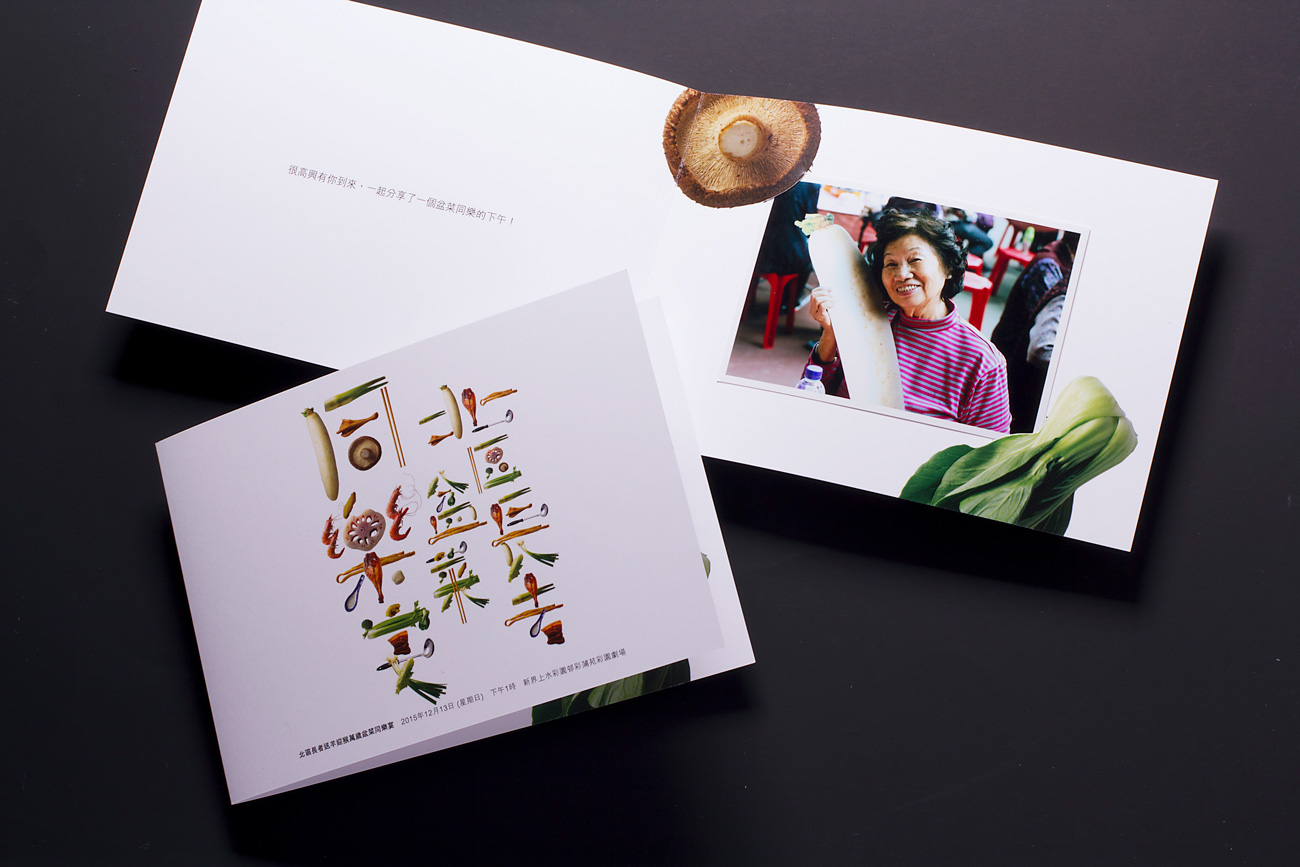 “Poon Choi”, a traditional dish of layers of delicacies served in large pots or basins, is a festive must-have in the walled villages in Hong Kong’s New Territories. The big portion is designed to be shared, and it naturally became a ritual for friends and families to enjoy each other’s company. As the New Territories became urbanized, farming communities disintegrated, leaving large numbers of senile citizens uncared for. To bring back some warmth and happiness into these senile citizens’ lives, we prepared a Poon Choi Feast before the arrival of Chinese New Year, and invited Senile Citizen centre members for a night of enjoyment and friendship. Games and other entertainment round up the day, and souvenirs were handed out to commemorate the day.

Food has always been a centrepiece of Chinese culture. Besides feeding the body, food also feeds our emotions and connections. The typography design is based on food items found in Poon Choi. Food elements are put together to spell out the name of the event in the style of Chinese calligraphy, evoking a sense of gathering and enjoyment. 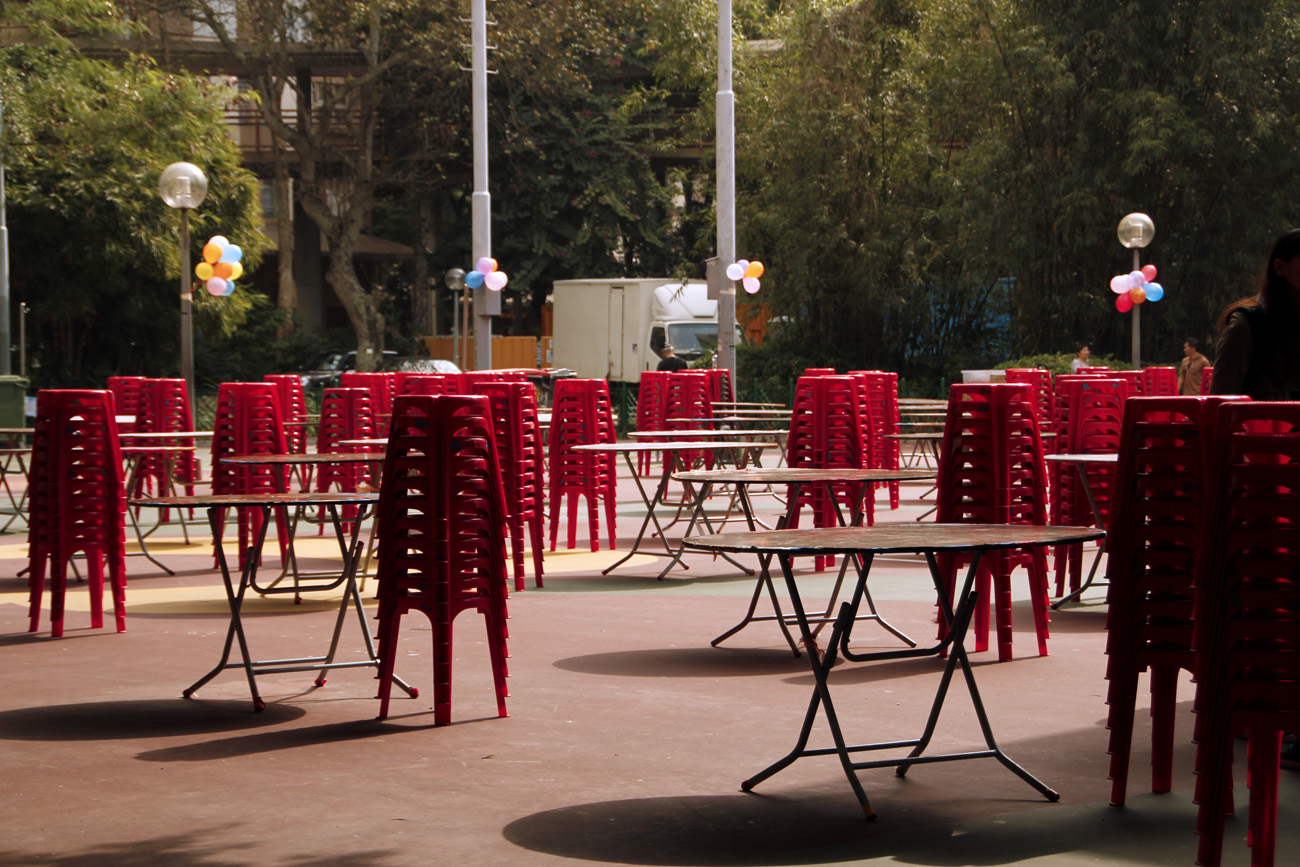 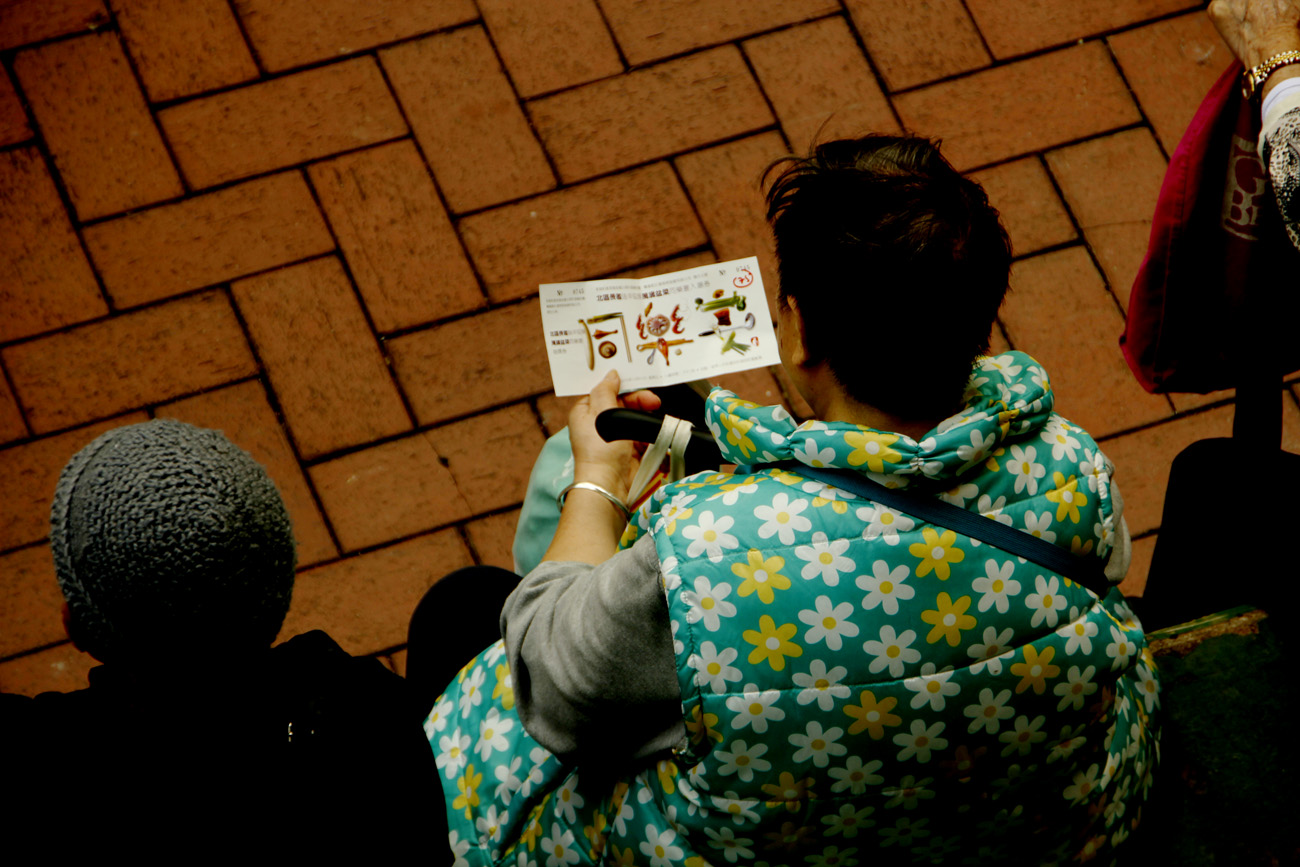 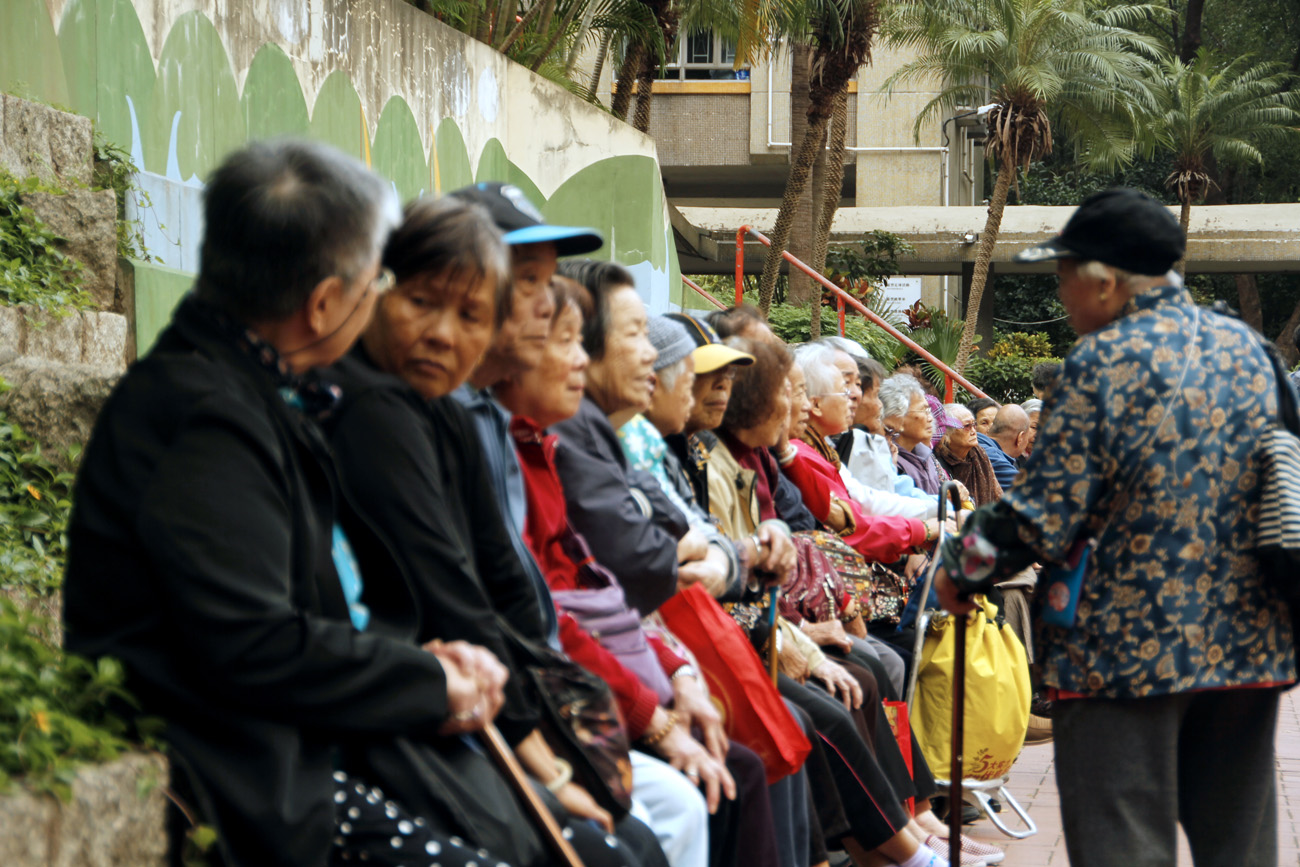 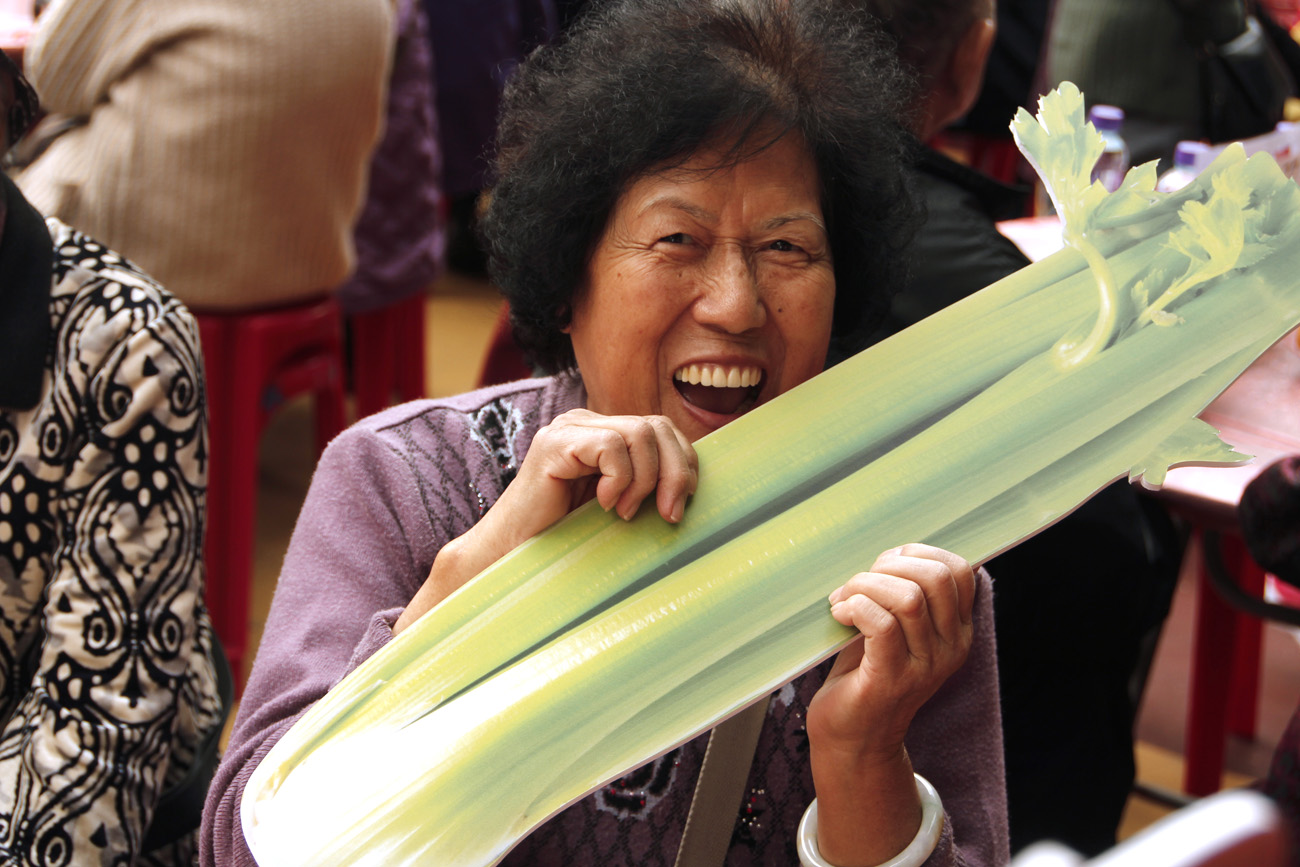 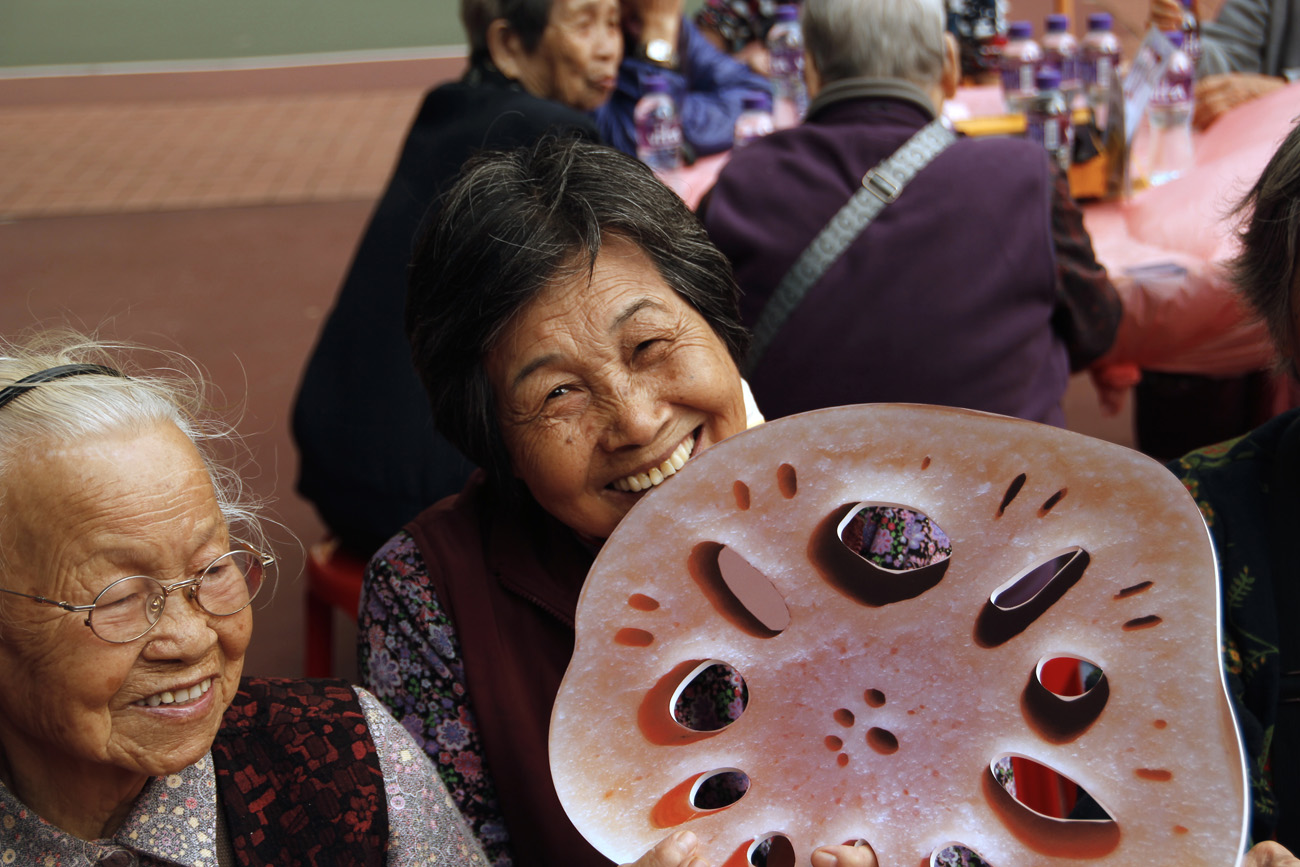 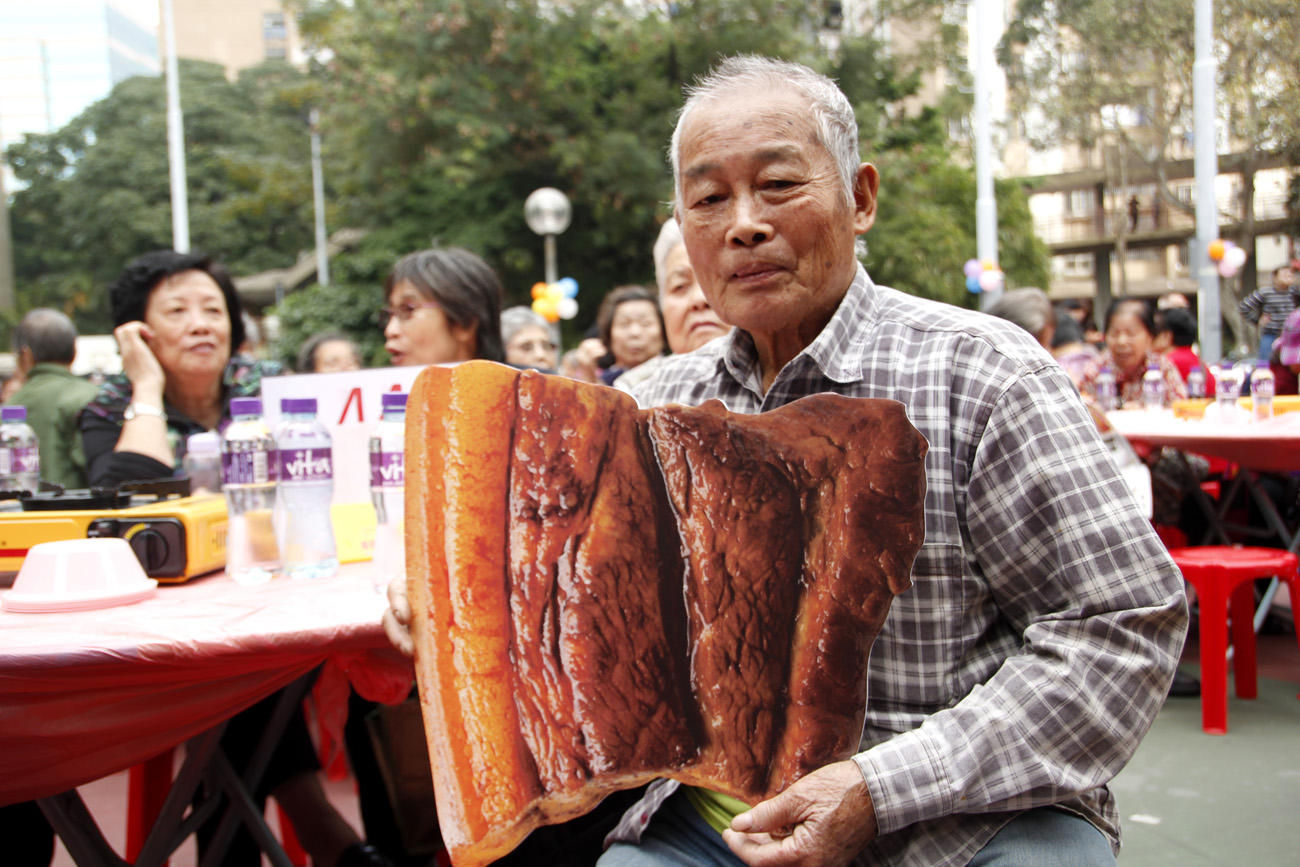 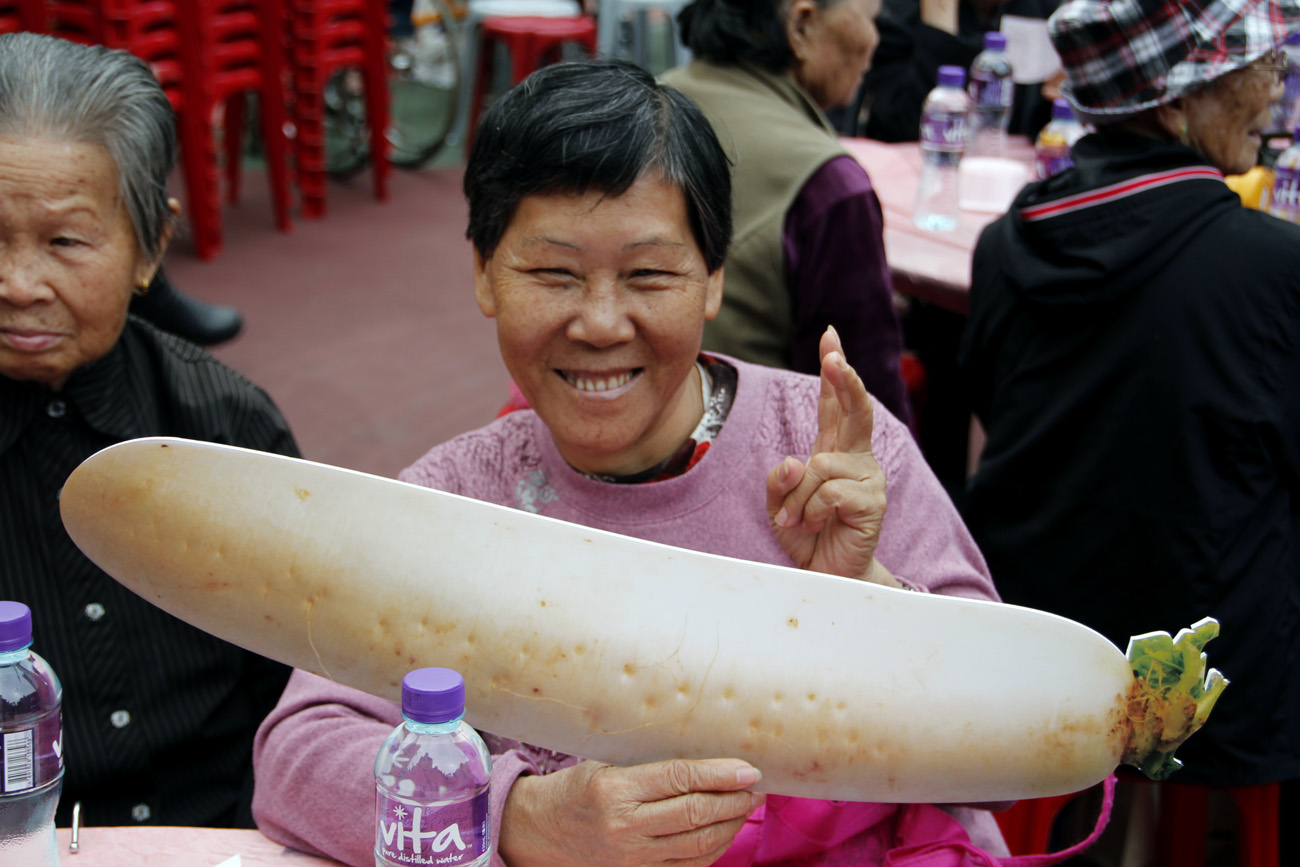 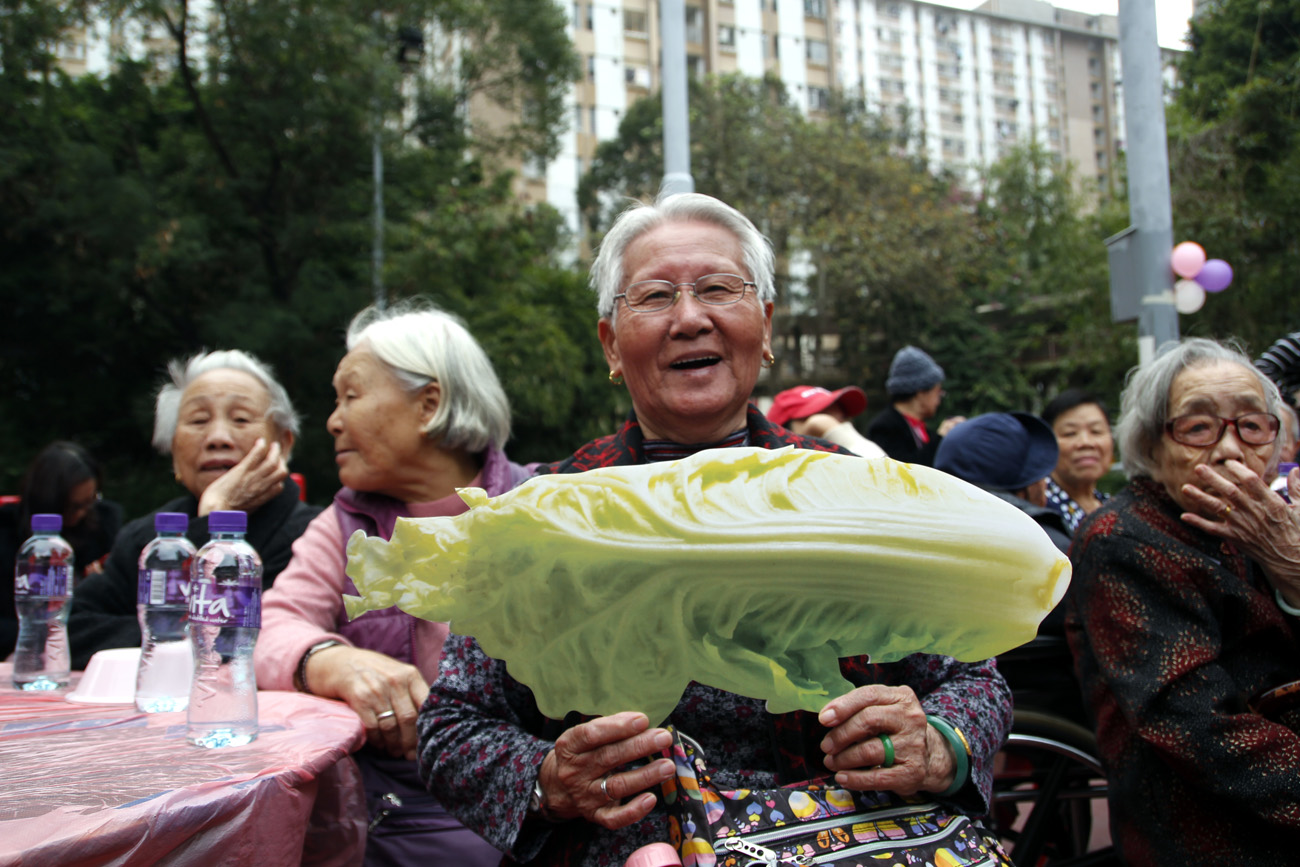 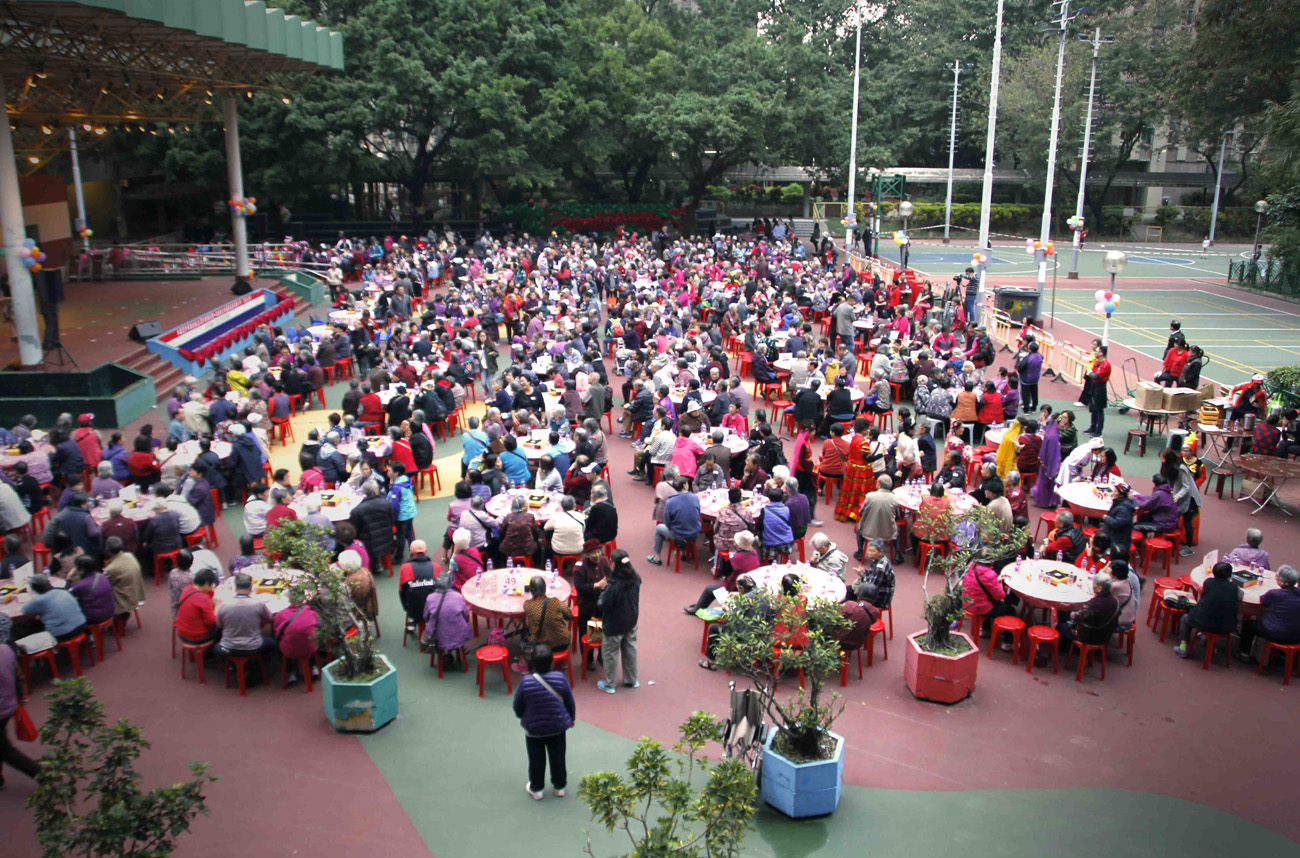 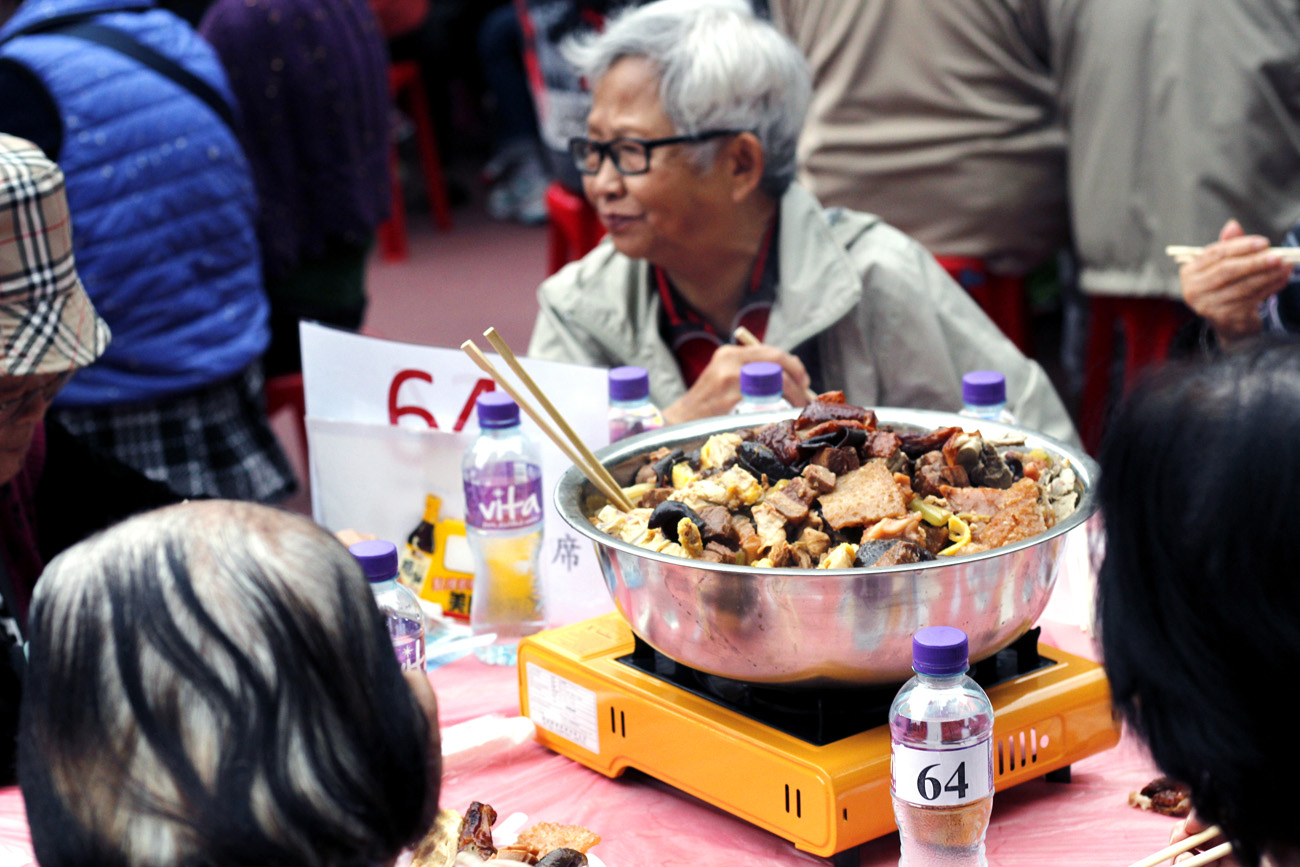 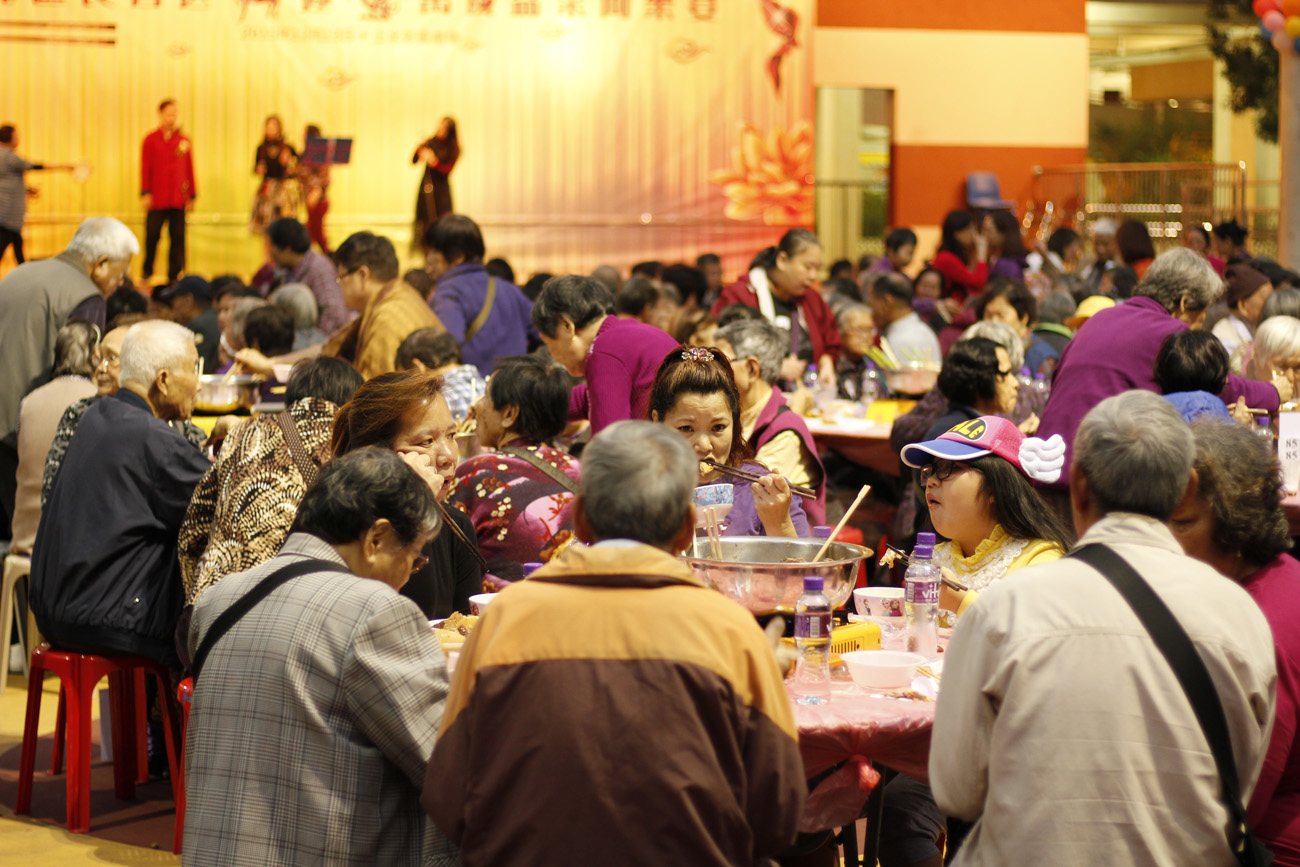 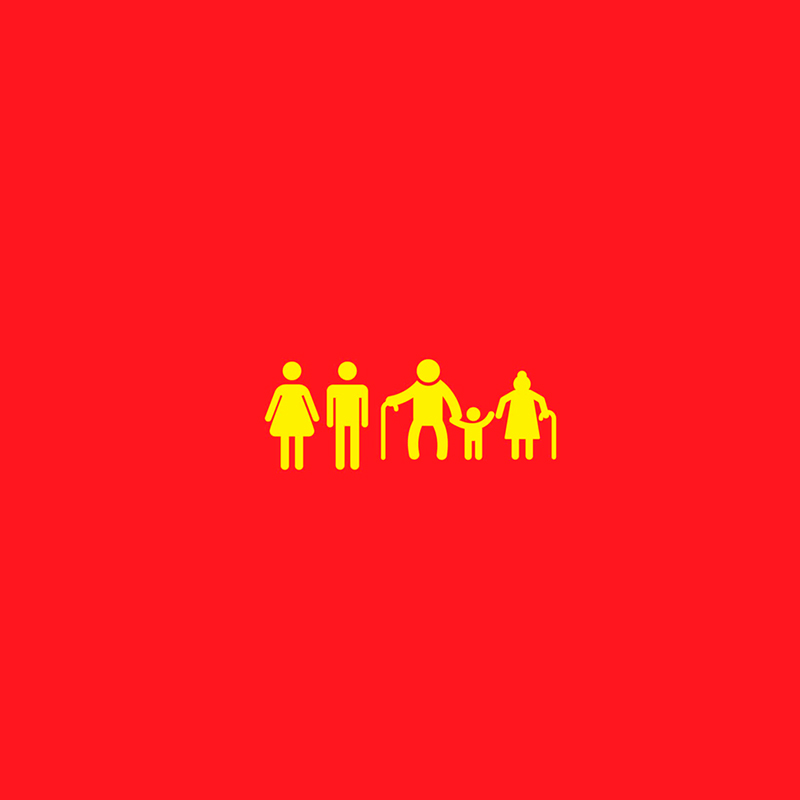